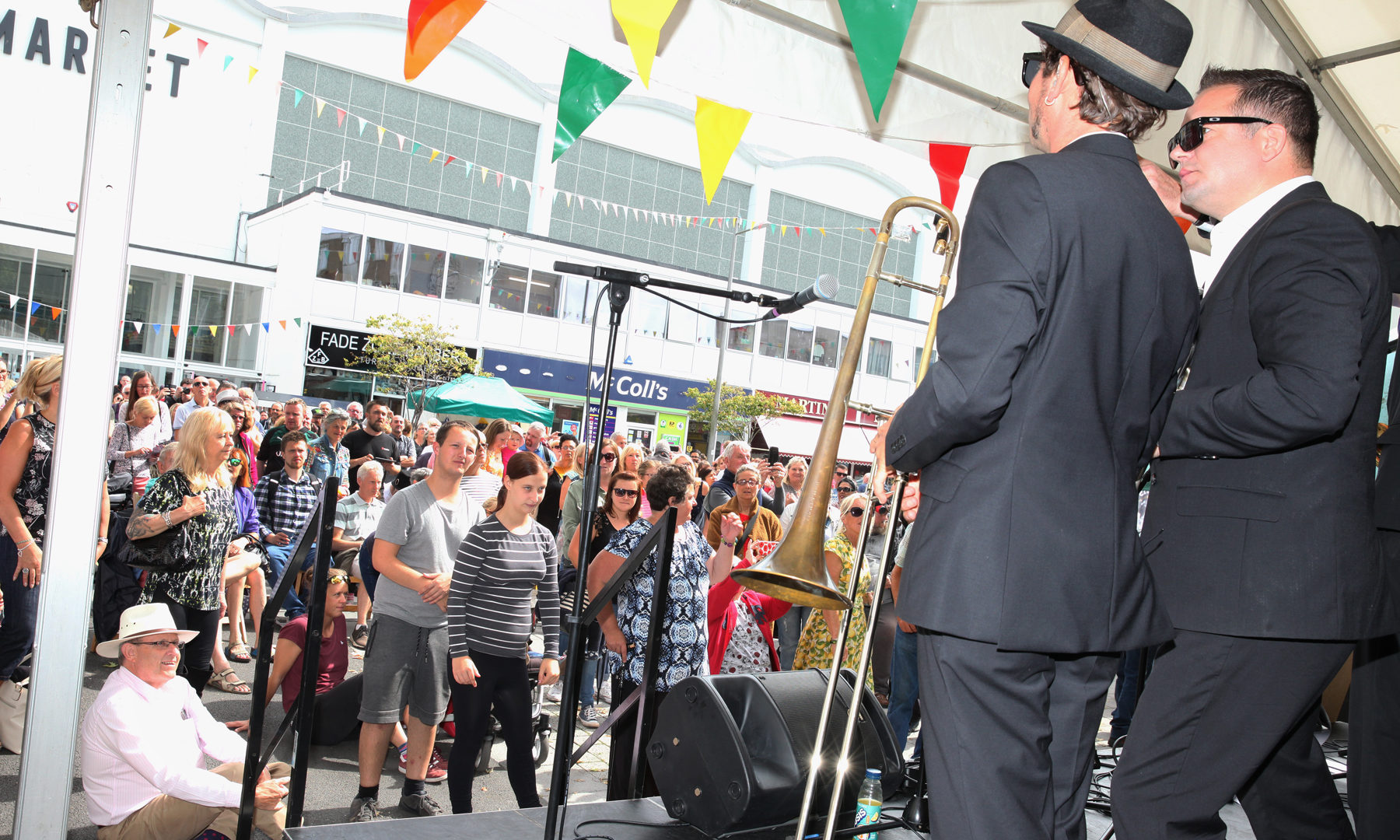 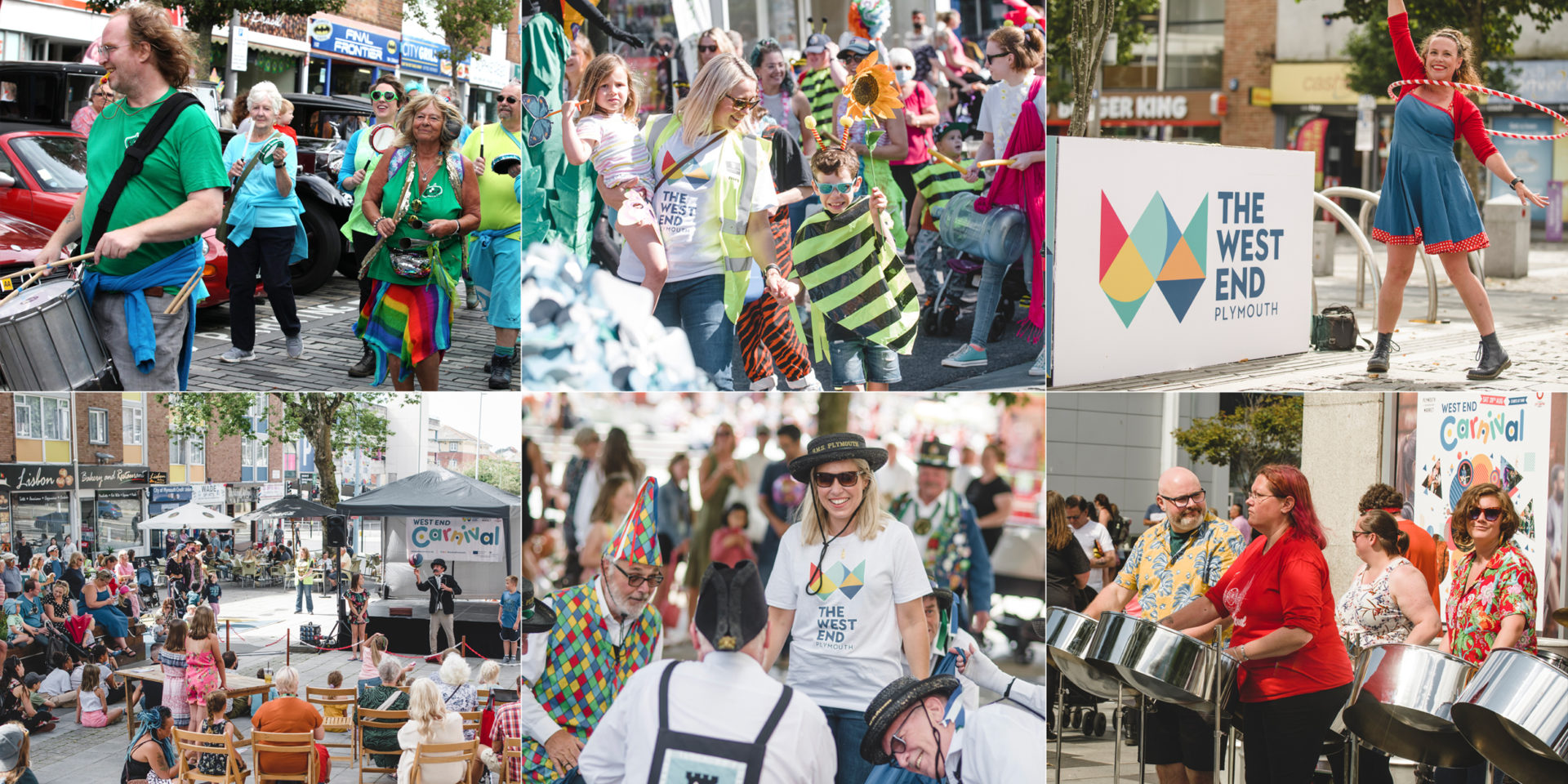 Plymouth’s West End is ready to set sail on the crest of a wave of fun with its annual Carnival on Saturday 27 August.

‘The Sea’ is the theme of this year’s West End Carnival, which will be reflected in a riot of colour and free fun, celebrating the West End with a spectacular parade, music, children’s games and street entertainment. There will also be the chance to sample food and drink from a number of stalls selling local produce.

The Barbican Theatre’s giant fisherman puppet, jellyfish and disco prawns will also be on hand to help make the day go with a splash and they will be joined by stilt walkers, Stonehouse-based Exim Dance group and Dance Party Fitness with Hannah.

Both stage and on street entertainment will be available from 11am to 4pm across the West End with the main stage in Frankfort Gate. Circus acts including a fire performer, a contortionist and a unicycle juggler will be showing off their skills. There will be the chance to create bright people-powered street art with Up Against the Wall and be amazed by Robin Fox’s astounding magic tricks.

Adding to the party atmosphere will be Crooked Tempo Samba band, B-Boys! with their beat blasting boom box funk and Manuka! an acoustic duo with their upbeat covers of pop, reggae and soul classics.

Ocean Discovery Rangers from the National Marine Aquarium will also be on hand with an interactive, sensory rockpool containing some of Plymouth’s native marine species. There’ll also be the chance to see and touch a range of underwater treasures, play games and find out more about the UK’s first ‘Park in the Sea’ Plymouth Sound National Marine Park.

Plymouth Market will also be joining in the fun with a variety of indoor entertainment and there will be plenty of street food traders with tastes from around the world as well as a Makers’ Market for those who like their arts and crafts at Vacancy Atlas in Cornwall Street.

Plymouth’s West End, which is home to Plymouth Market, is traditionally a magnet for shoppers looking for local, unique shops and for foodies wanting to try cuisine from a myriad of different cultures.

Steve Hughes, chief executive of the Plymouth City Centre Company, which organises the event, said: “The West End Carnival is a very popular fixture in Plymouth’s calendar and once again we are thrilled to be hosting this event. As well as a fun day with lots of free entertainment, it’s a chance for people to explore the fantastic variety of independent shops and mix of cafes, restaurants and bakeries we have at this end of the city centre.”

Britain’s Ocean City’s strong links to the sea has been further cemented by the creation of the Plymouth Sound National Marine Park, the UK’s first ‘Park in the Sea’. People are being encouraged to explore the benefits of being on, under and around the waters and learn about how the ocean is helping fight climate change as well as the contribution to the city from the blue economy.

For more information about the West End Carnival, head to visitplymouth.co.uk/westendcarnival.