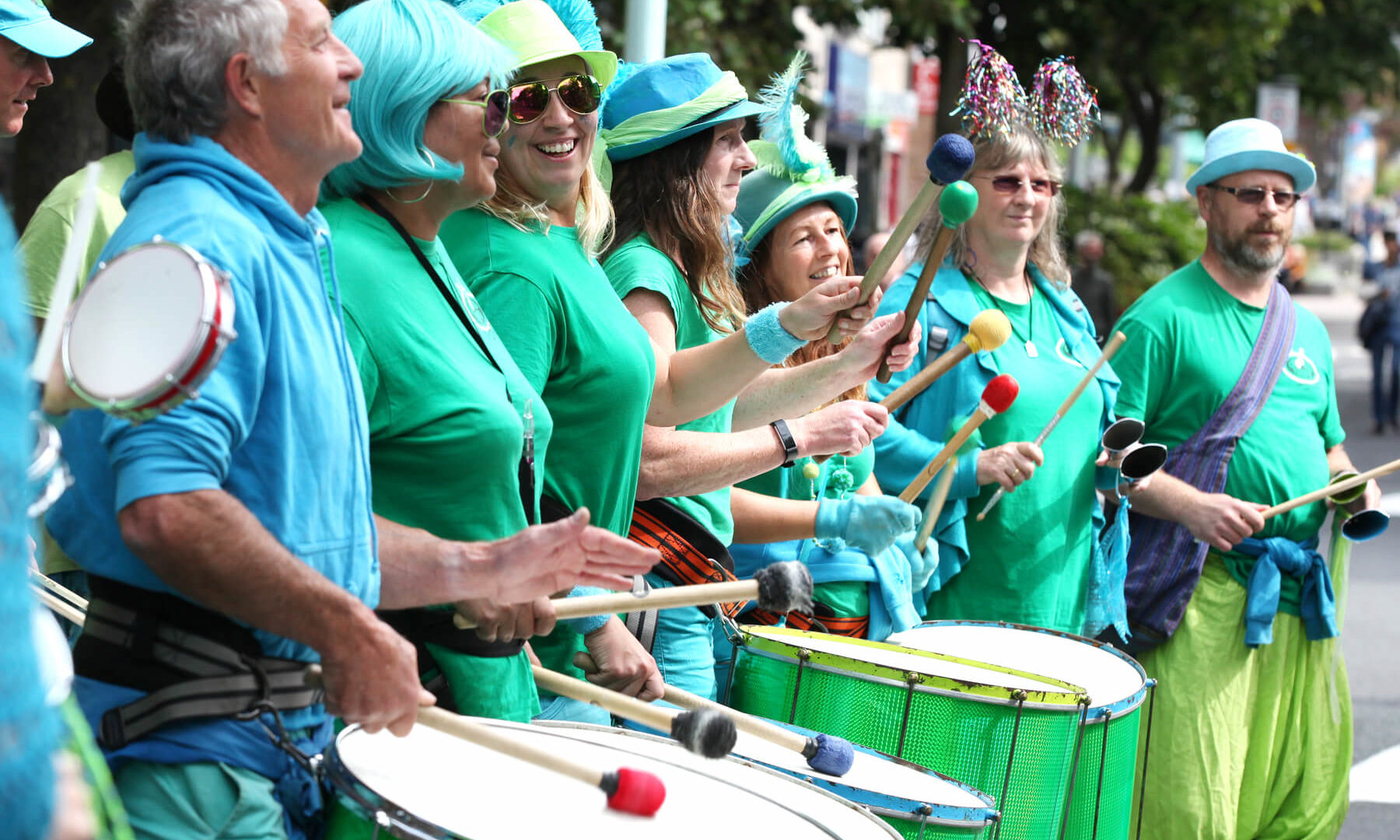 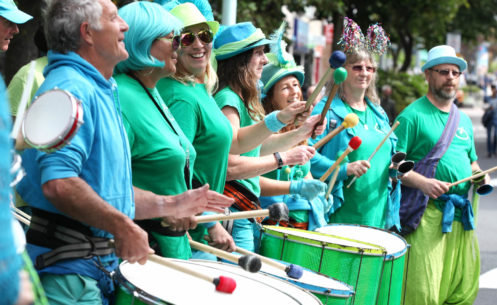 Hundreds of people flocked to the West End Carnival in Plymouth city centre on Saturday for a day of family fun, including live music, samba bands and circus performers.

The streets around Plymouth Market were packed as locals and visitors joined in the celebrations which included the 60th anniversary of the market’s opening.

Shopkeepers and stallholders entered in to the spirit of the event, dressing up, putting on their own entertainment, decorating their windows in a carnival theme, or putting up stalls and street food stands in the streets, some of which were closed to cars for the day.

The carnival was organised by the Plymouth City Centre Company which runs the Business Improvement District (BID) for the area.

Its chief executive Steve Hughes said:“ It was a great day for the traders and visitors. This is only the second year of the carnival and we plan to invest in it each year to make it even better.

“We are raising the profile of the West End as a brilliant independent quarter full of unique and quirky shops, cafes and restaurants and it’s getting better all the time. The carnival gets people down here and hopefully they will come back again and again.” The carnival included live music all day on the Radio Plymouth stage in Frankfort Gate with headliners Joey the Lips drawing a big crowd.

The carnival was used as a backdrop to launch a new brand for the West End – which can now be seen in colourful banners, signs, in shop windows and on street furniture. It will now be used in a marketing campaign aimed at attracting more visitors.